The airstrip at Beverley was originally constructed around 1943 as one of the three satellite bases for the Royal Navy’s Fleet Air Arm (RNFAA) to support it’s Middle Swan (now called Caverham) base.

The Beverley Soaring Society was formed in 1974 during the most rapid expansion in the history of gliding in Western Australia and was the result of the enthusiasm of two glider pilots, Dave Woodward and Duncan Black. At the same time, the University Gliding Club was formed using funds from the Guild of Undergraduates to purchase two aircraft (a two-seater Blanik trainer and a single seat PIC 16C Vasma) which were subsequently located at Beverley and flown in conjunction with Beverley’s operations. 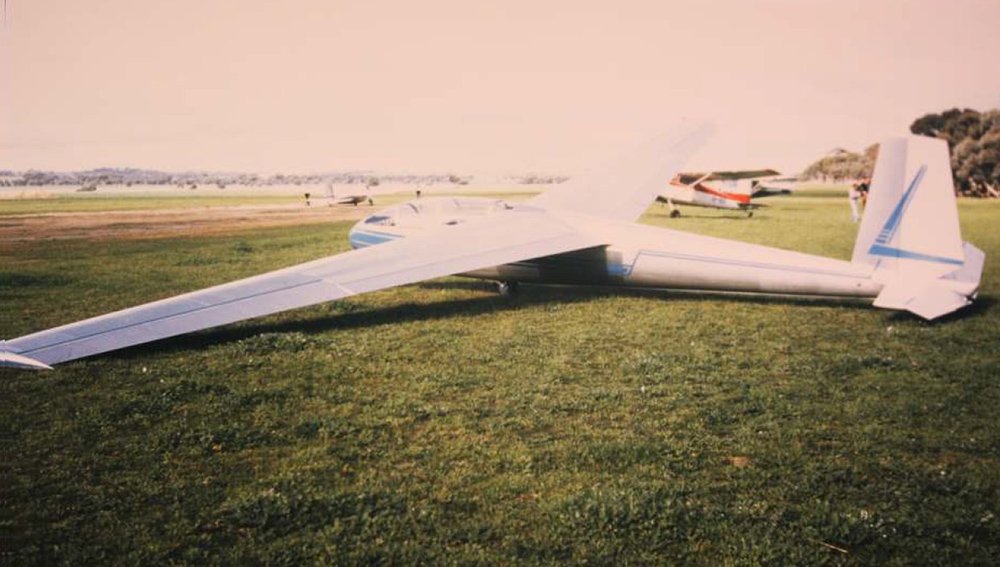 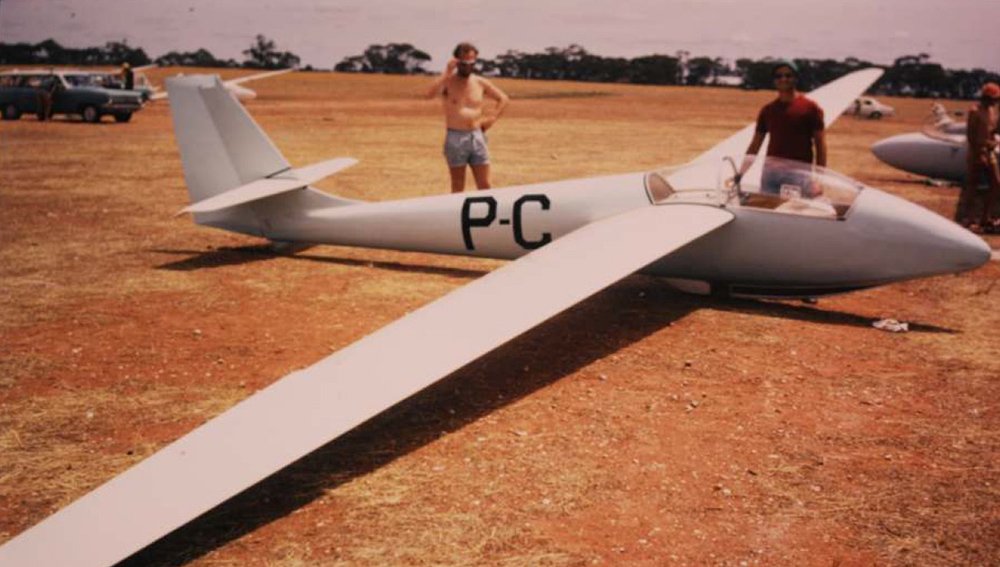 The University Club later amalgamated into the Beverley Soaring Society which went onto become the largest and best-equipped gliding club in Western Australia and one of the five biggest gliding clubs in Australia. There are still a number of current club members who were part of those early operations.

Where we are now

Today, Beverley Soaring Society has around 145 members of which more than 100 are active pilots. Of these, around 26 are qualified instructors and another 10 provide Air Experience Flights. The Club owns 3 two-seat and 4 single-seat gliders and 2 tow planes. See Our Fleet. As well as this, there are around 40 privately owned gliders and hangars based at the club. Many of these are owned in a syndicate of two or more people to share costs.

Due to the enthusiasm and support of members and an active management committee and training panel, the club continues to grow and improve its facilities and services to members in an atmosphere of mutual respect, generosity of time and a shared love of the sport.

The Club has a strong cross-country ethic and regularly leads the world with the number of kilometers flow each year on the On-Line Contest website where pilots around the world submit their flights for scoring.

The club has recently implemented the new post-solo training syllabus developed by the Gliding Federation of Australia and has 10 qualified cross-country coaches. It has also set up a dedicated ground school training room with full access to these resources. A new gliding flight simulator system is planned to help pilots continue to practice if the weather is not favorable for actual flying. 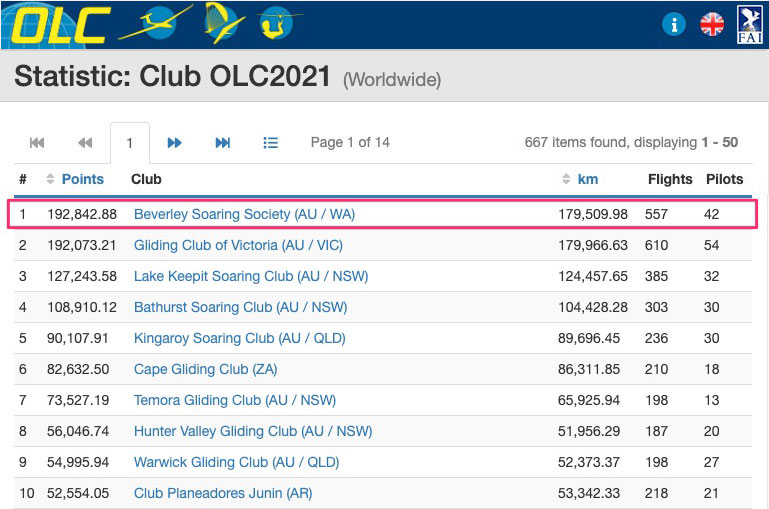 Since the club conducts flying operations three days a week, it’s common for members to stay at the club over a number of days, particularly when the soaring weather looks good.  Many members have on-site caravans or utilized the clubhouse bunkrooms on these occasions. Shared cook-ups in the clubhouse’s large kitchen and BBQs are the norm with everyone chipping in to help.

As well as this, the club organizes a number of Perth-based activities each year and encourages the inclusion of partners to further extend its social reach. The annual dinner and trophy presentation night has been successfully held at the Perth Flying Squadron Yacht Club for the last two years. 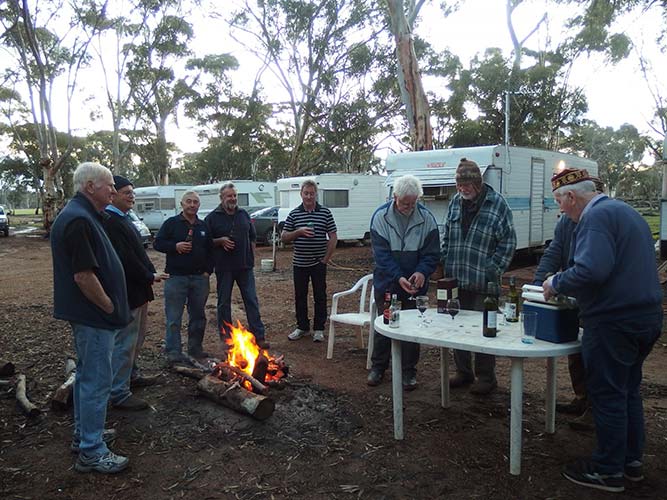 When the weather and fire bans permit 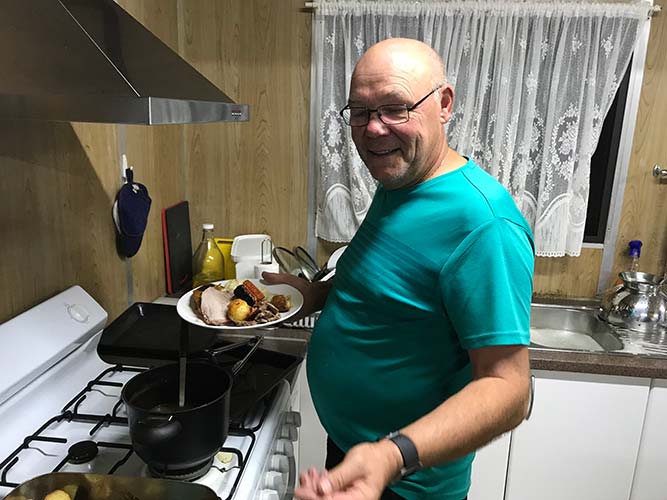 Sid is the master of the weekend cookup 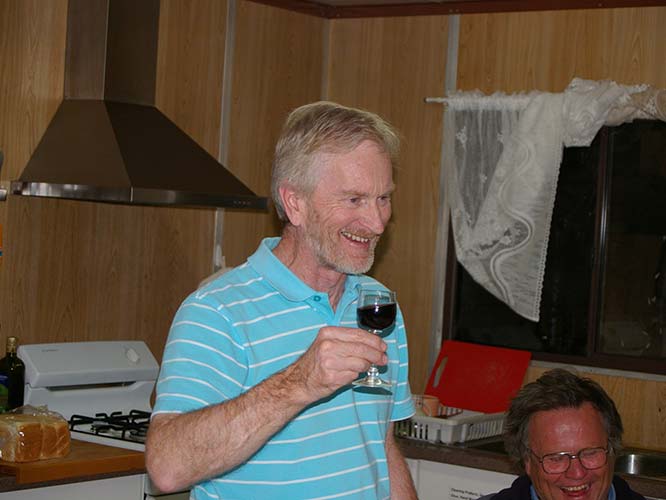 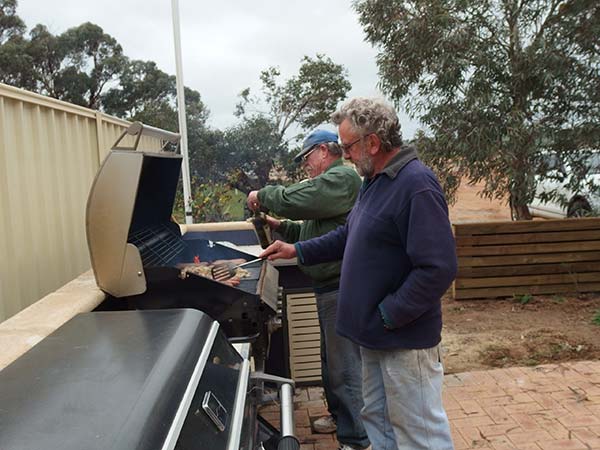 Busy BBQing up a feed